Projection mapping, also known as video mapping, is a projection technology used to turn objects, often irregularly shaped, into a display surface for video projection. These objects may be complex industrial landscapes, such as buildings, shrouded in darkness and brought to life through the projection of light.

One of the most stunning examples of video mapping, comes from Moment Factory, who were invited to showcase architect Antoni Gaudí‘s renowned Sagrada Familia by creating a “moving fresco on the basilica’s Nativity façade.”

The cathedral is bathed in beautiful light projections which create the illusion of movement and depth within the façade, resulting in both an astounding piece of projection mapping and light art.

Here are some stills from the footage, which you can view in full here. 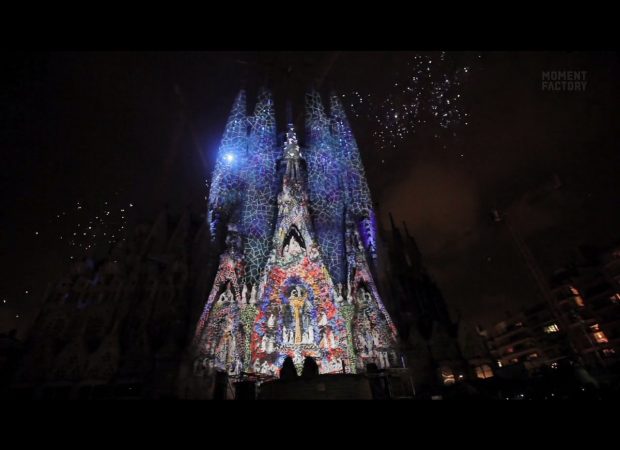 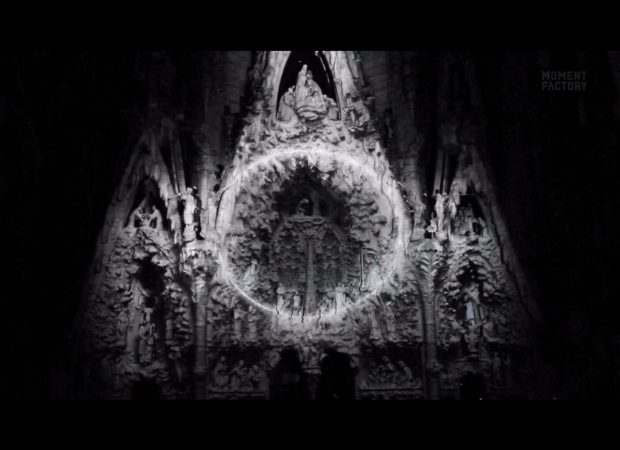 “Box explores the synthesis of real and digital space through projection-mapping on moving surfaces. The short film documents a live performance, captured entirely in camera.” 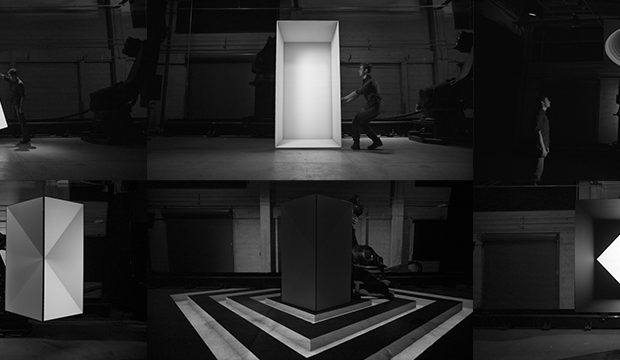