‘Luminations’ is a major new public artwork by artist Esther Rolinson, comprised of a 500-metre animated light installation that sweeps along the North Promenade in Cleethorpes. The installation was constructed in close collaboration by Esther and the specialist team at The Light Lab and will be on permanent display as a hidden contemporary artwork on the east coast of England.
Rolinson developed ‘Luminations’ directly from her drawing series ‘Gravitate’, composed of graphite and ink works on paper – a series of works made spontaneously using a set of construction rules. Inside the drawings shapes build from combinations of curved and straight lines used fluidly to create a sense of ever-expanding forms. Using the ‘kiss me quick’ language of seaside lighting Rolinson has taken the traditional festoon light to euphoric heights. In Luminations, two swooping lines weave in and out of each other suspended from the lamp posts. Their forms loop the loop as light movements chase through them like sprites of wind scudding over sand; bursting out in squally crescendos that fade like that final firework drifting to the ground.

“Luminations is about that instant when you are on the big dipper and gravity loses its grip on you, when for a moment you are released from you cares. It is a celebration of those ecstatic feelings of freedom that dwell somewhere inside all of us.” Esther Rolinson

Project manager Graeme Laurie describes the process of working closely on an artist led project and the challenges of the exterior location:
“An artist led project typically comes with a more singular vision and in the case of Luminations, also with a brief of making as impactful a piece as possible. This required a highly iterative process balancing Esther’s vision with the construction process, the existing promenade structures, and the unique and quite extreme environment of a north sea promenade
Transferring what was essentially a 2D artwork into a 3D sculptural light art installation provided a number of specific design challenges, the huge shift in scale made even defining a starting point and generating the parameters we needed to work within a task itself.

It’s always very exciting to be working on projects of this scale and regardless of the amount of time spent in front of a 3D model, there’s always a lovely moment when you see the full, complete, piece emerge for the first time and see the striking impact that Luminations has on its environment.
Whilst a structural artwork in its own right, Luminations really comes alive with the movement created through the interaction between the two lines of light, with Esther’s animations providing an unusual approach to the DMX programming giving the lighting effects a unique feel, movement and sense of calm that embed it within the seaside location.” 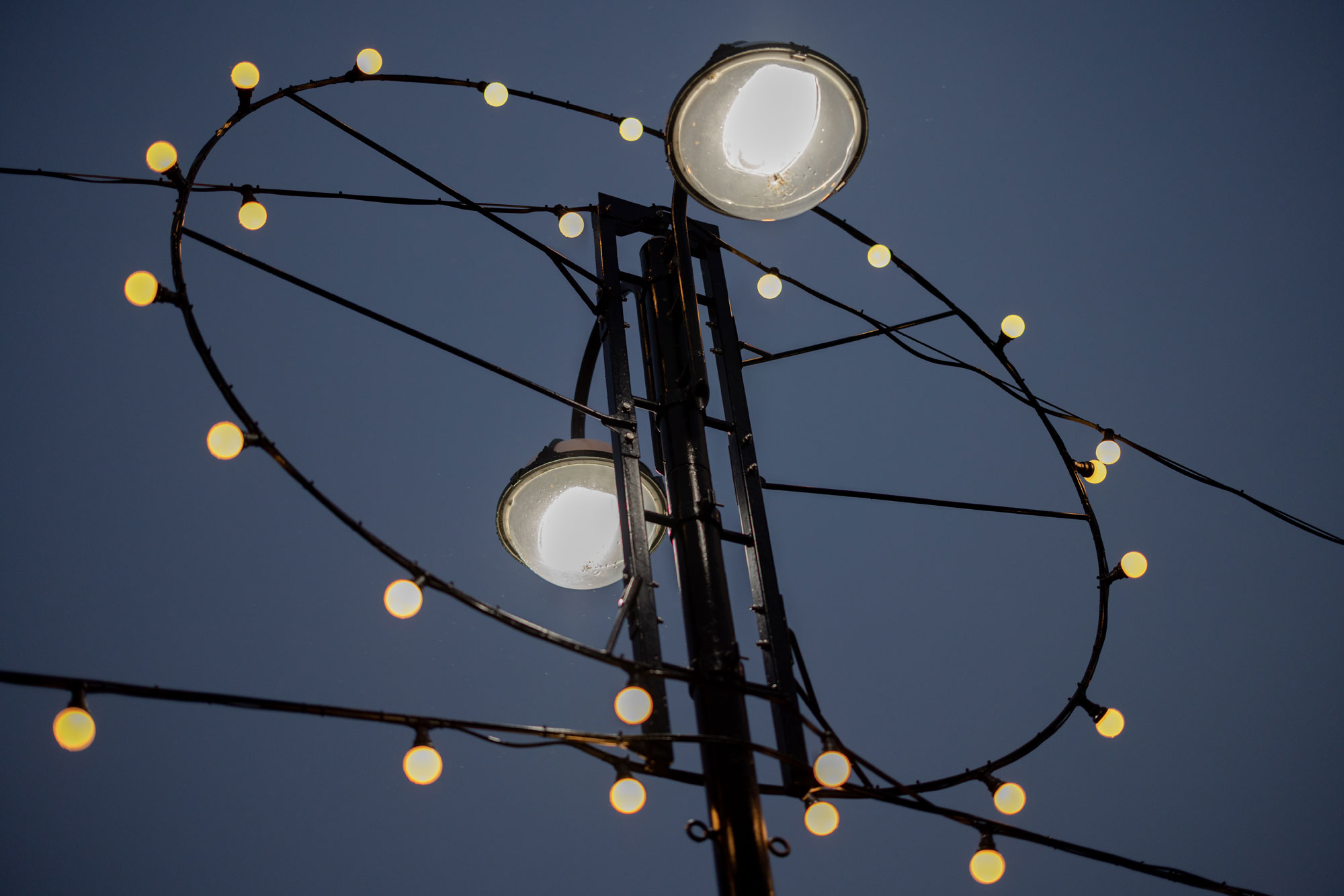 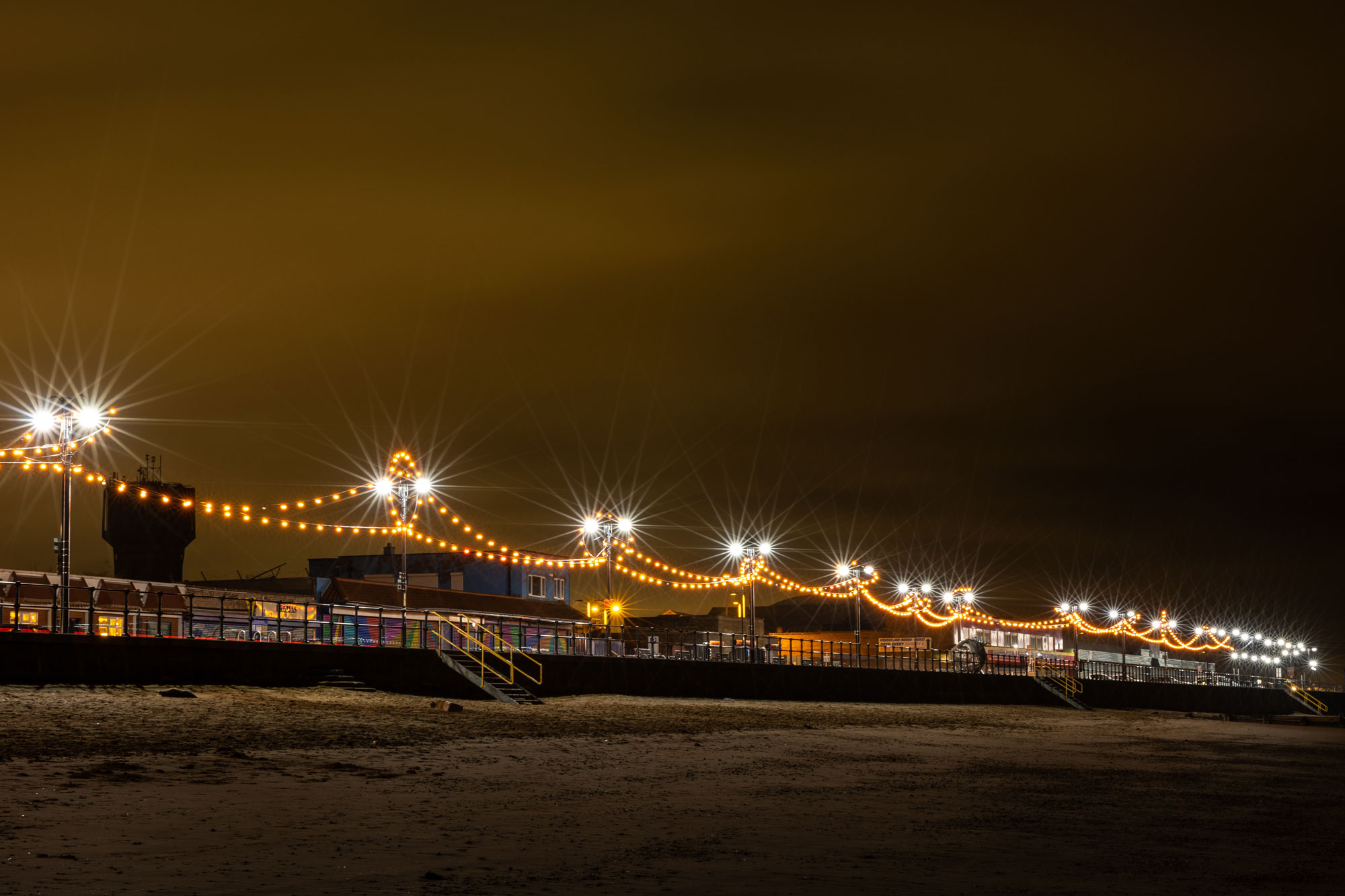 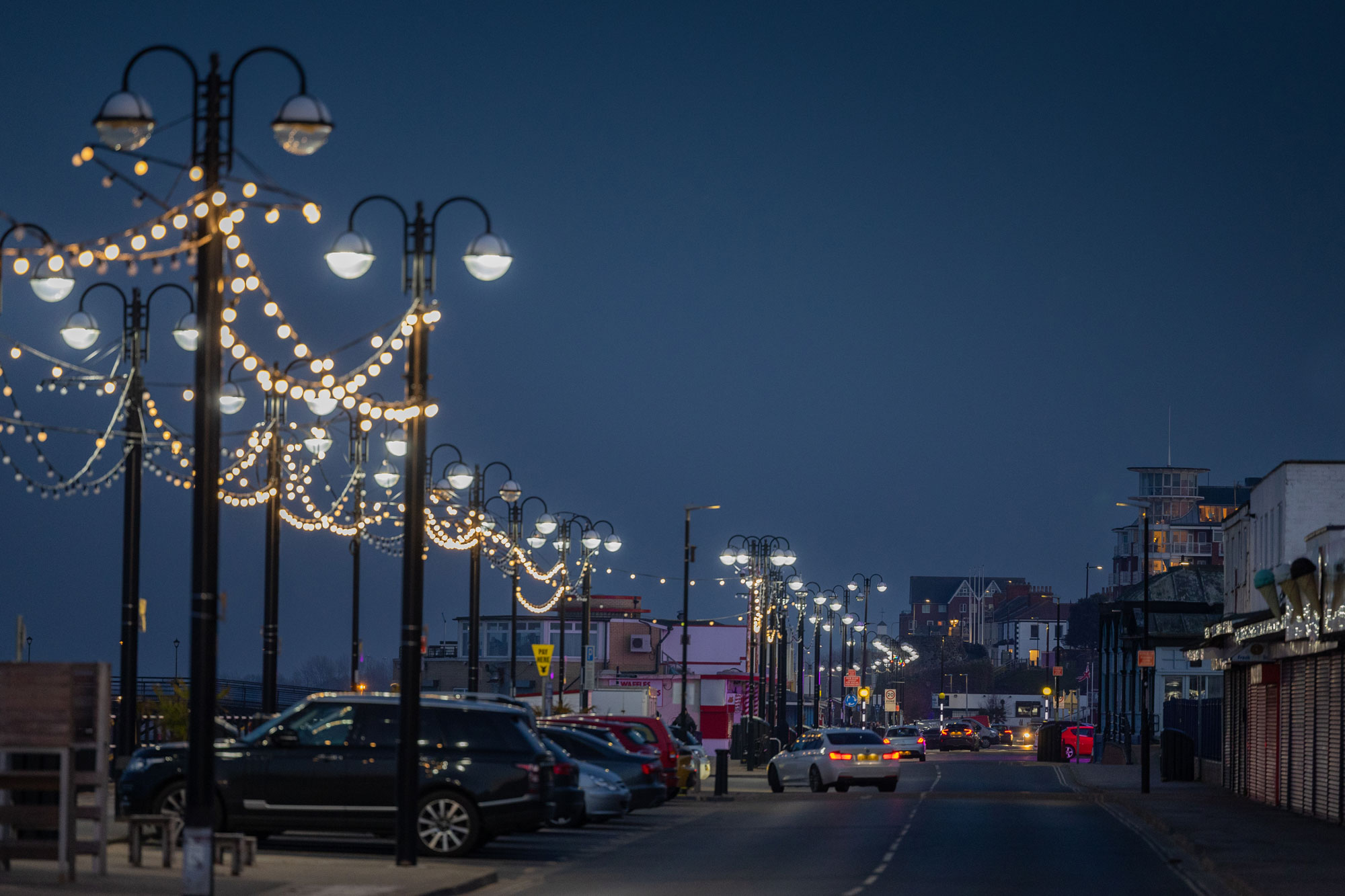 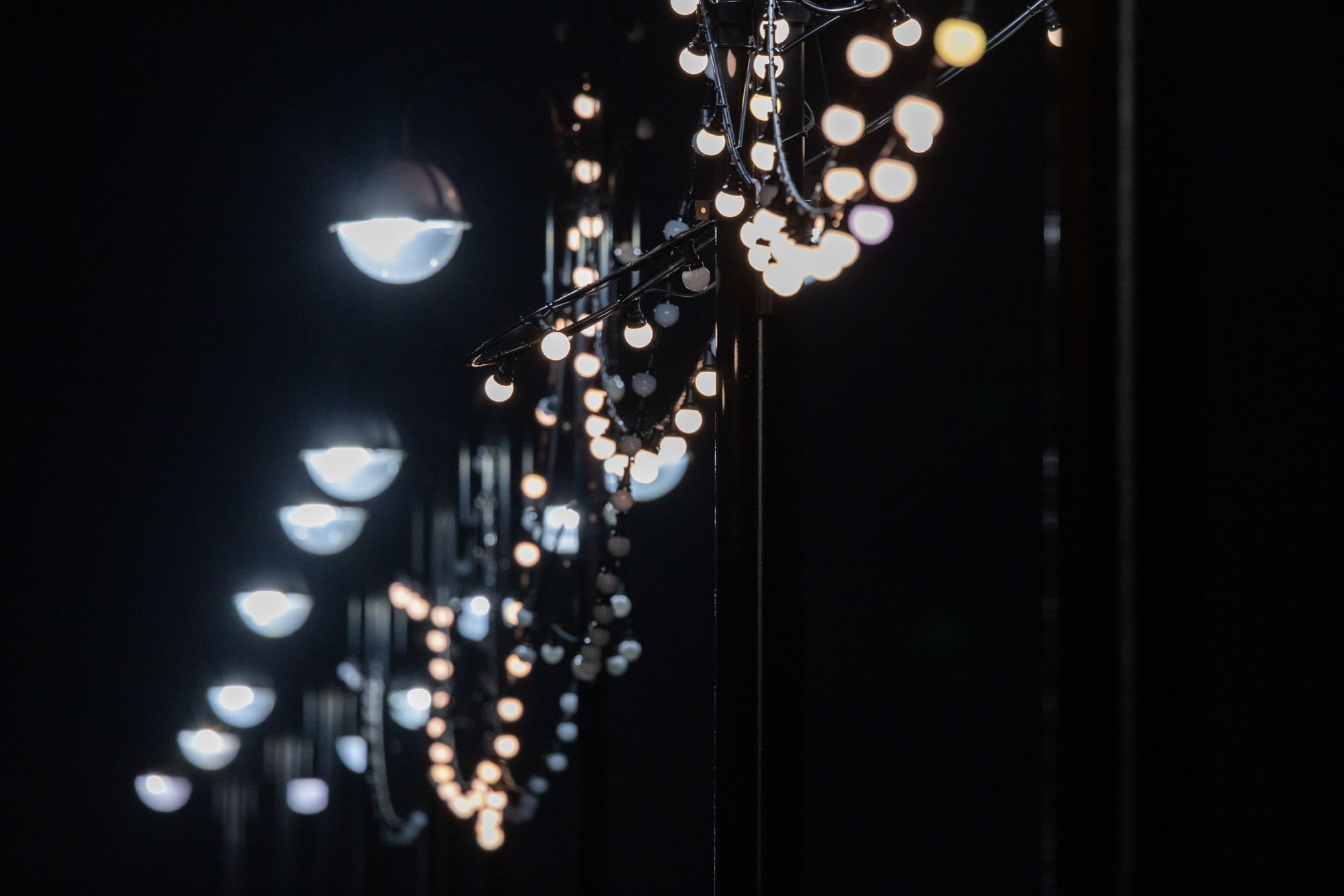 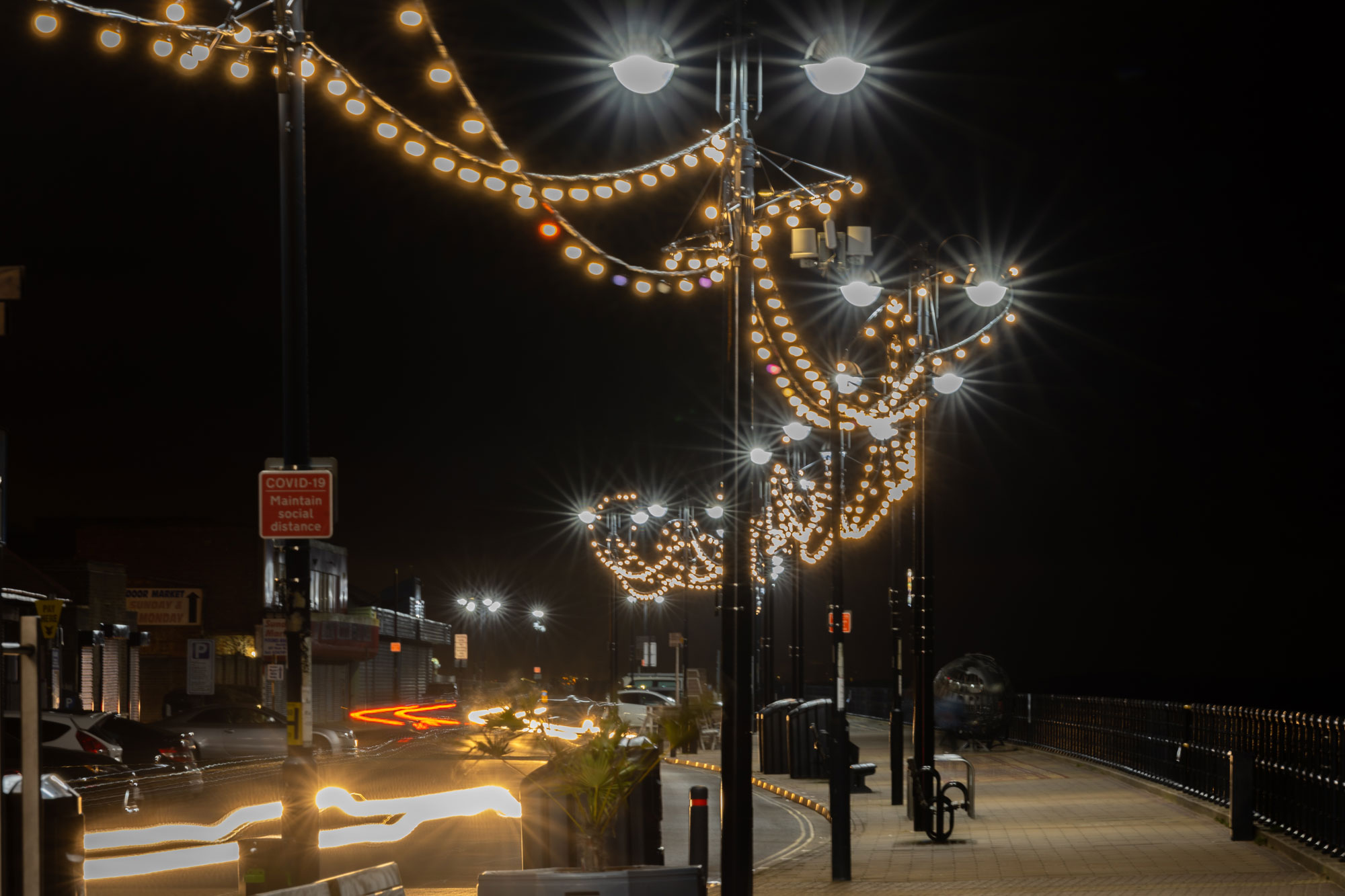 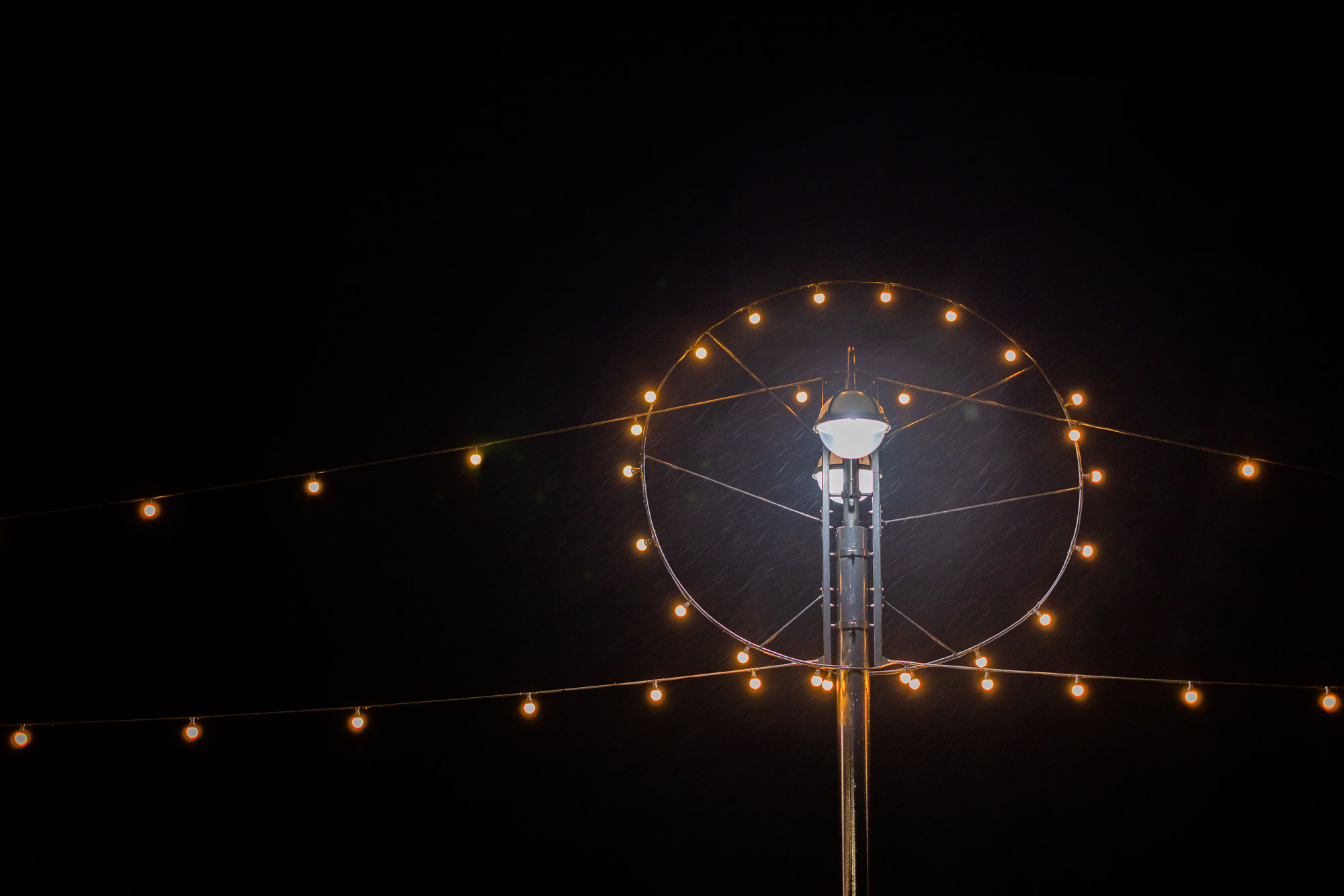 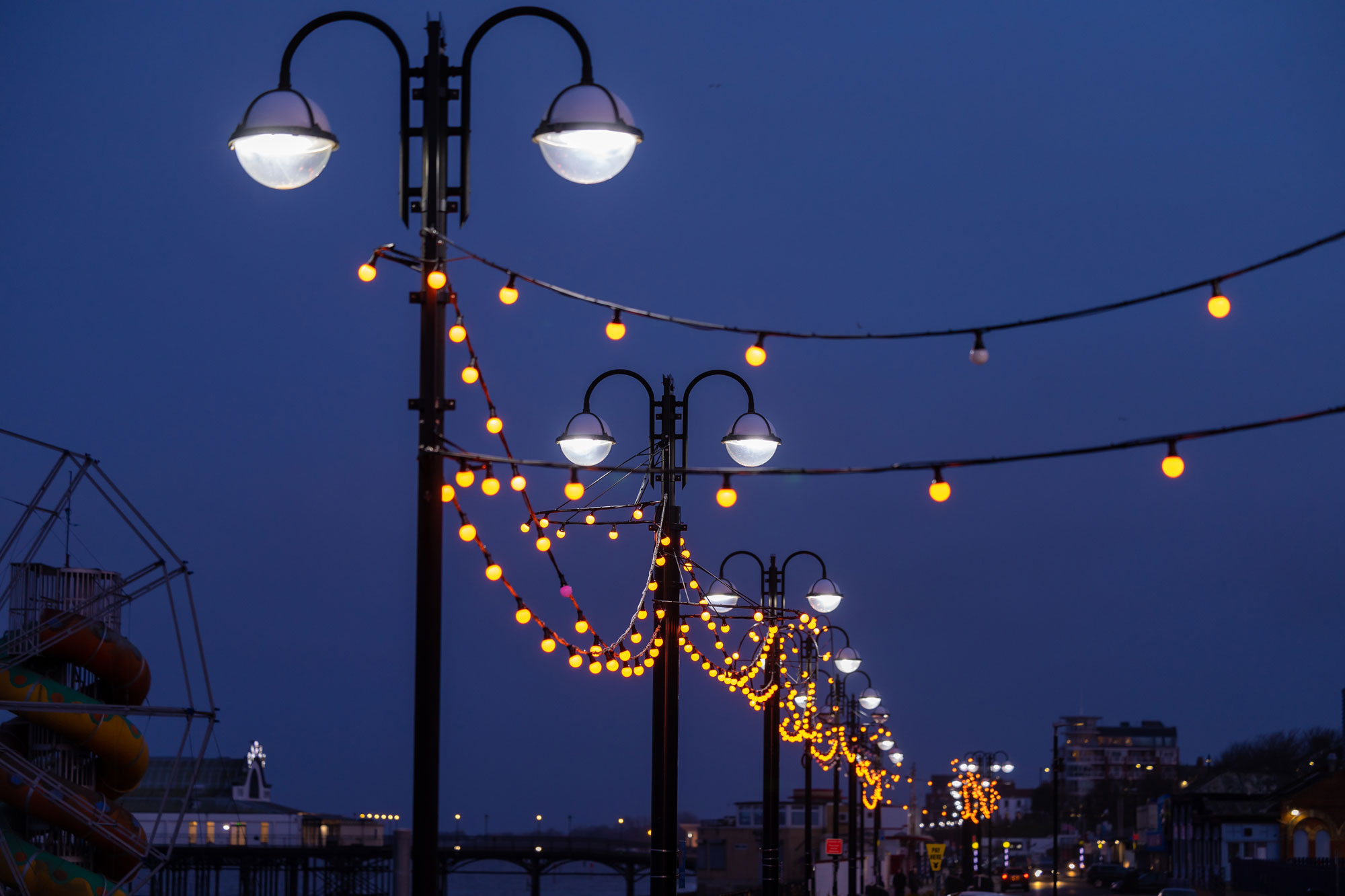 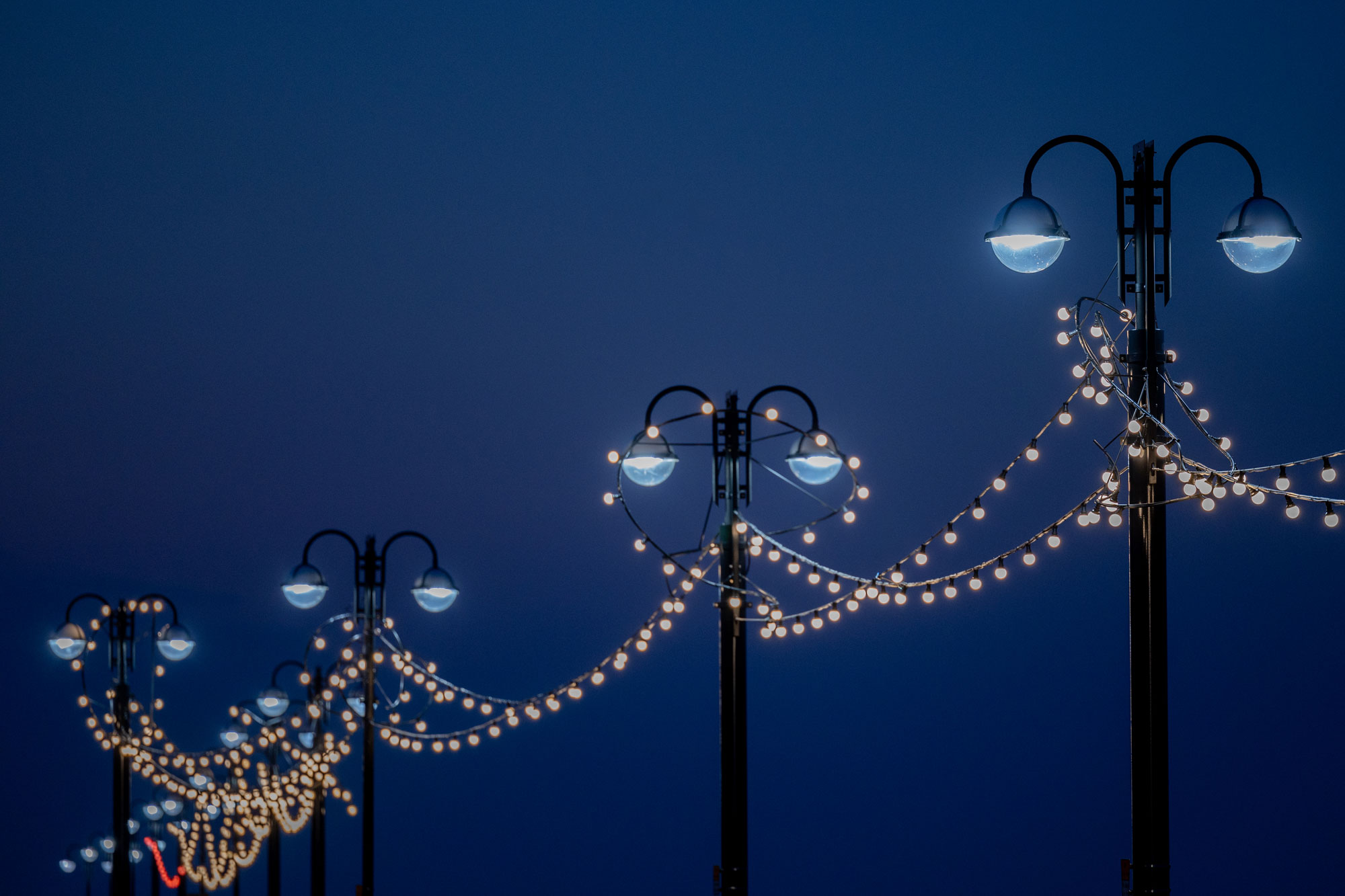 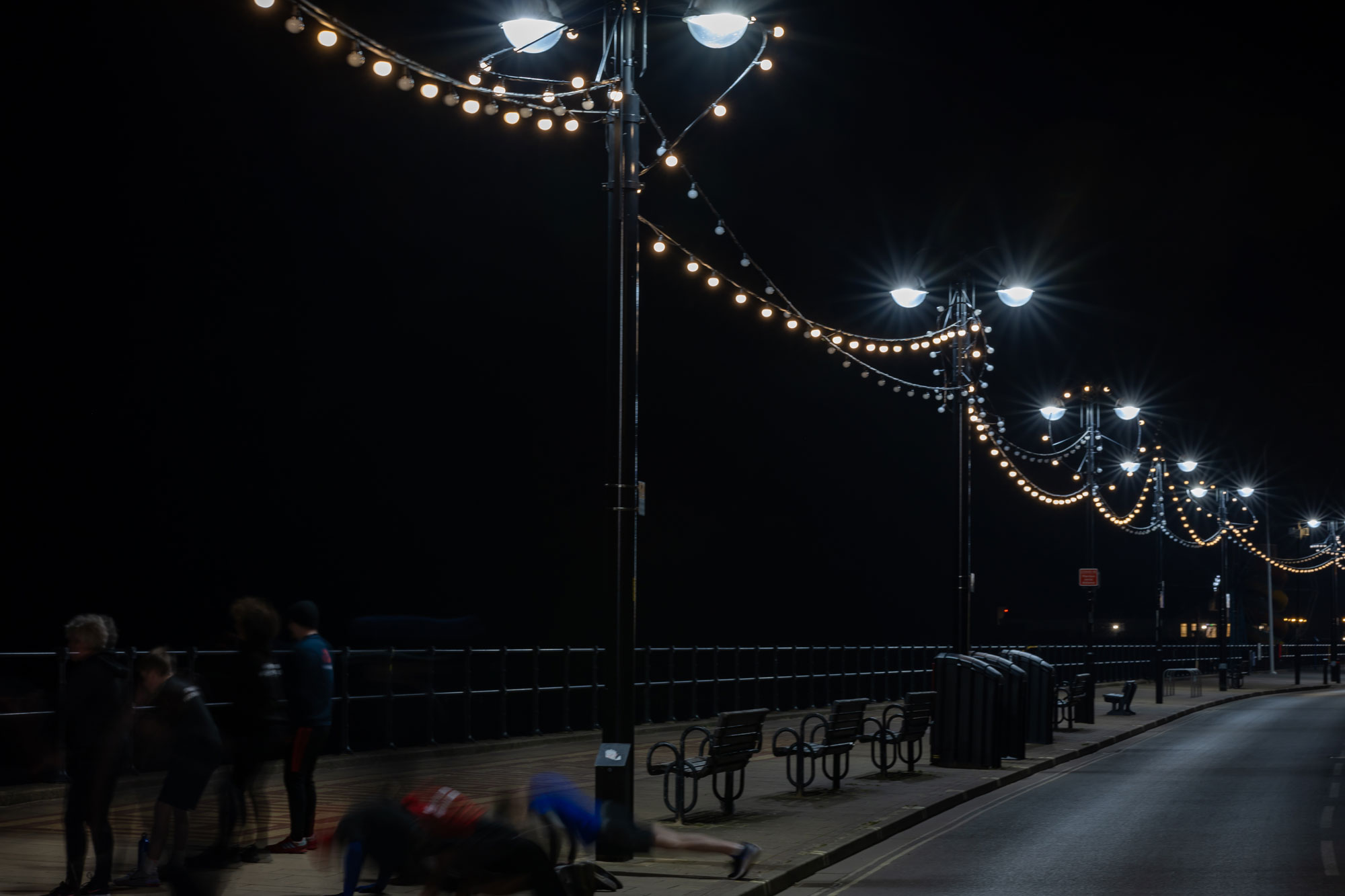